June was hot and sunny and just as summer should be. Aside from the pandemic still hovering over us and dictating what we can and can’t do.

1) The Yacht Club pool opened for reservations and we decided to check it out. It was actually pretty great. Guaranteed seats, no one sitting too close to you, no pressure to make small talk or socialize. I loved it.

2) You can see my June read in the first pic. It’s another Brad Meltzer book. Not my normal genre, but I’ve now read three of his books in the last few months. I think it’s because I don’t have to think too hard. It’s plot-driven, although it’s not just plot – the characters are decent. It’s like watching an action/suspense movie. I can completely tune out and wind down to it.

Speaking of book, I don’t have a photo (why!?! It was such a beautiful night in a beautiful setting – my girlfriend’s backyard and her new outdoor fireplace), but my book group met for the first time in a long time. I think since February. It was so nice.

3) Happened on the last day of May, but I didn’t post about it….my high school class held a virtual 30TH (!!!!) reunion. Because most people were in Hawaii, we started at 10pm Michigan time (although one of us beamed in from Africa at 5am, so he wins), so I was super sleepy and logged off by midnight, though the gathering was still going strong.

What I can say about my high school friends is probably what most people say about their college friends. It was like picking up a favorite book.

I look forward to seeing these peonies every year. They are in an alley of sorts and I’m not sure if anyone tends to them, but they were planted with care for sure and are absolutely beautiful. I love watching them evolve. 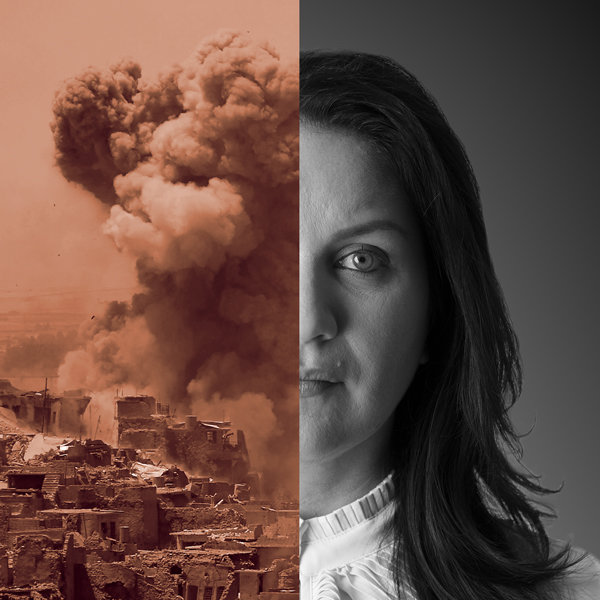 5) My podcast pick of the month is hands down Caliphate. It follows journalist “Rukmini Callimachi, who covers terrorism for The New York Times, on her quest to understand ISIS.” At first, I found her voice annoying, but as it quickly became clear how much of an all-around badass she is, I stopped being annoyed and listened in awe instead.

In researching the summary of the podcast just now, I see that she won a Peabody award for it and I’m not surprised.

6) I did another small photo shoot for The Corner Studio. The girls were so sweet and cute and photographing all the outfits made me want to buy all the clothes (I did end up buying some python print leggings and a sweatshirt). 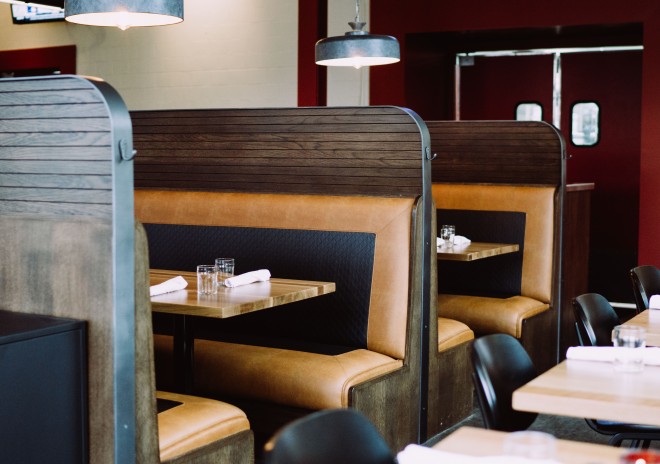 7) I never did share photos I took of the newly renovated Red Crown, a family restaurant in Grosse Pointe Park. I photographed their grand opening (they’d been closed for renovations), but just a couple days later, the state shut down. They are open again, but at half capacity and of course with Covid rules in place.

Covid or no Covid, the space is cool and inviting and the food I sampled from their new menu was yummy, too. I hear they’ve blocked off their parking lot to allow for more outdoor, socially-distanced seating. If you are in the area, stop by!

8) I am still devouring puzzles. This was one of two I did this month. It was the first one that’s somewhat frustrated me. I enjoy a good challenge, but solid colors (or slight variations on one color) is not the kind of challenge I am up for. It completely drove me crazy and I was relived to be done vs. satisfied.

9) On the opposite side of the dining table, my 11-year-old daughter worked on her own puzzle, and this is how she does it. OMG. My husband says she might purposely NOT lay the pieces out because I am so adamant about laying the pieces out, but I’m not so sure. It might just be her. For the longest time she didn’t do the borders first either, but at least she’s taken my advice (whether holeheartedly or reluctantly) on that one. 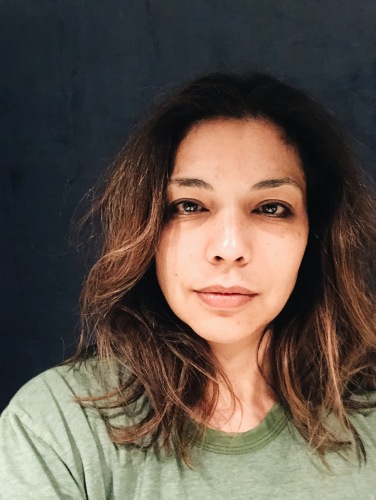 10) I went to the salon! It was amazing! I had an appointment scheduled in March, just days before they shut down for Covid. I hadn’t cut or colored my hair since October, so it was much needed. My hair has not looked as good since that day because I can never recreate what it is they do to it. Still. Worlds better than it was. Although now with all the sun I’ve had, the caramel is starting to look more tangerine, but I pretend not to notice.

11) After two years of saying that I should get the outdoor bench cushion reupholstered, I got it done. I didn’t take a before photo and I don’t feel like digging around for one, but trust me, this version is a nice improvement. The old cushion was striped with mostly oranges and yellows. It was fine, just outdated. Also, I love ferns so much.

12) I don’t love poetry. As a kid and young adult, I sometimes wrote poems as a creative and mental outlet, but even then I didn’t especially enjoy reading other people’s poems. In spite of that, I picked up a library copy of “The Poems of Octavio Paz” at the suggestion of a friend after a brief Facebook discussion on classic literature.

I wish I could read Spanish – the copy I borrowed showed the Spanish version, followed by the translated version, which I really liked having, even though I can’t understand Spanish), because part of the beauty of poetry is reading the actual words and the placement and flow of the words. But, the translator did quite a good job at relaying the feel of the poems.

Did this awaken a love of poetry I didn’t know I had? No. I still don’t like poetry. However, it broadened my knowledge of a prolific and talented creator, one that I wouldn’t have otherwise known about. His poems are thoughtful (meaning it’s apparent how carefully he thought through them – what to say and how to say it) and full and there is a sensuality to even the ones that are not sensual. I found his poems to be….well, poetic. Which many poems in my opinion are not.

As an adult, I don’t always enjoy reading or learning outside of what I find interesting. But it’s a practice that always serves me well when I do it. I hope to continue opening my mind to new and different things outside of my comfort zone. Maybe you’ll give it a try, too. It definitely takes effort, but once you get your feet wet, who knows what you’ll discover about the world or yourself. Here’s to a new month, and hoping it brings some positivity and inspiration to  all.