A small section of the original barn (or at least it’s been there as long as Aunt Betty has been on the farm) still stands at Murrock Farms. Most of the barn was burned in a fire in 1984/1985 (I think I was there that summer? I seem to remember it, not just from stories). 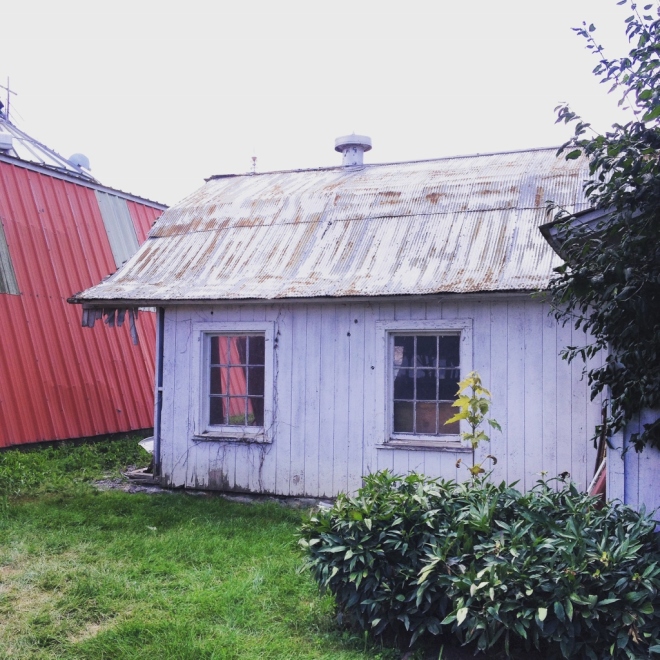 My cousin Darryl wants it to come down, but Aunt Betty likes it because it protects her raspberry bushes and peonies from the elements.

For sure it is run down (the beadboard, though!) and doesn’t serve any other purpose but to store equipment and random odds and ends.

It also houses a chicken coop, which I forgot to take a photo of (urrrr!!). Aunt Betty told us there used to be more, but she suspects the weasels got the rest of them. The remaining chicken is a fiesty girl – she pecked the dog when it got too close. 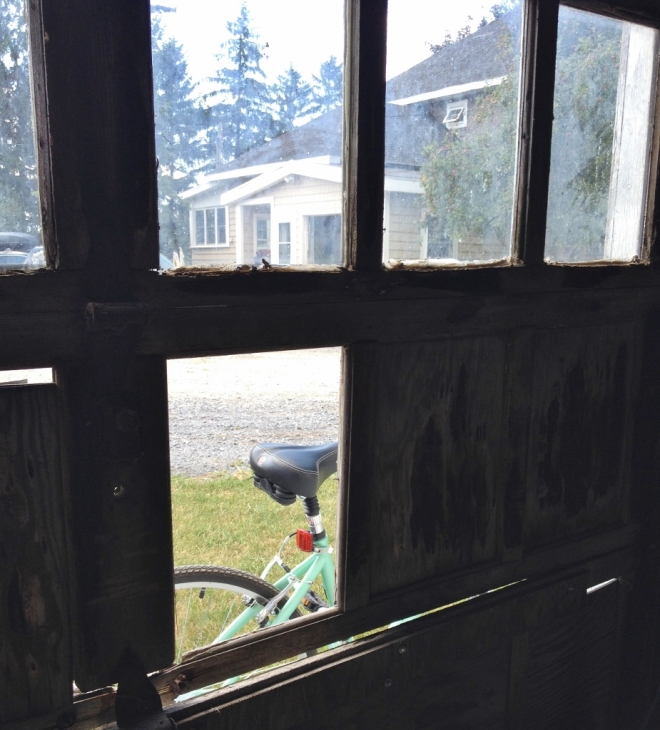 I love that it’s original to the property and of course it reminds me of my childhood and of my aunt and uncle, so I’m with Aunt Betty on this one. Plus, the raspberry bushes have been there as long as I can remember, so if anything were to happen to them, it would be super sad. 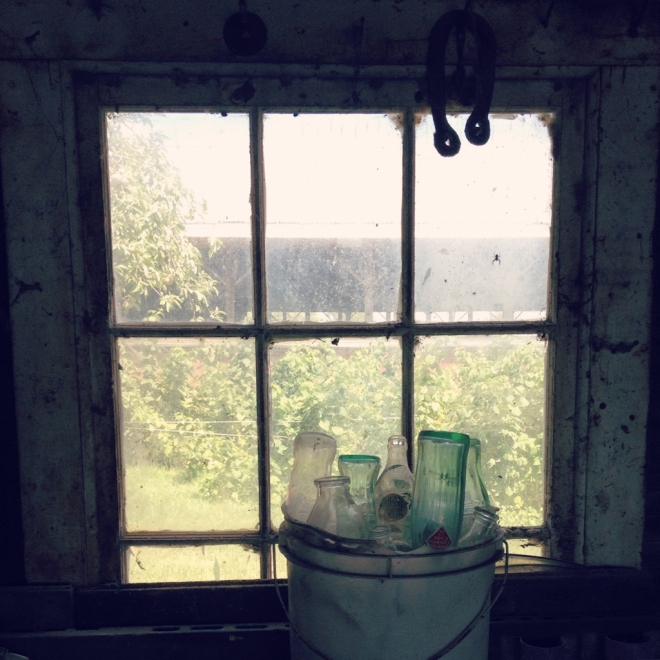 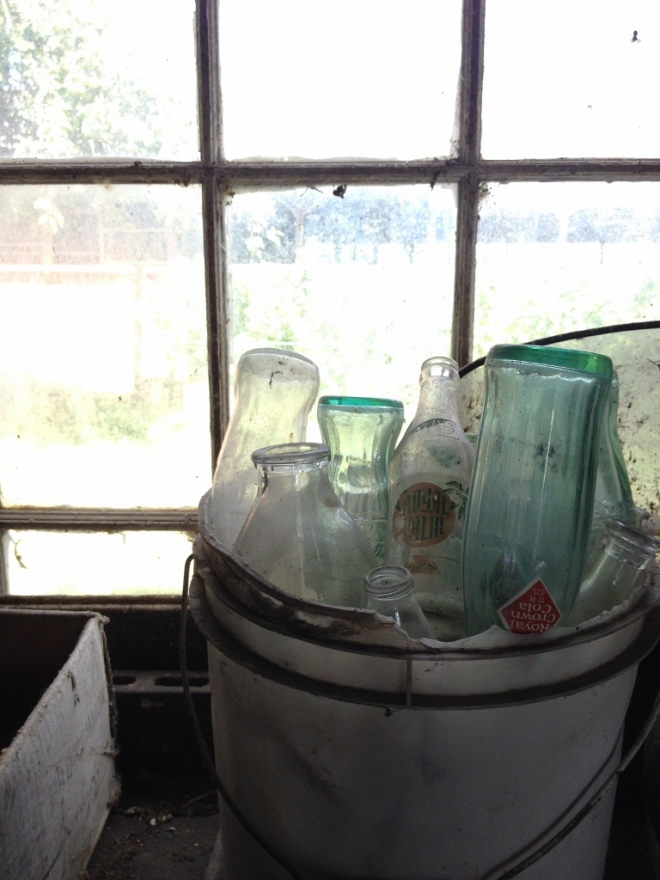 I was drawn to the old bottles in the barn. Darryl let me take home several, but Aunt Betty made me put one back that she said she didn’t yet have in her collection. 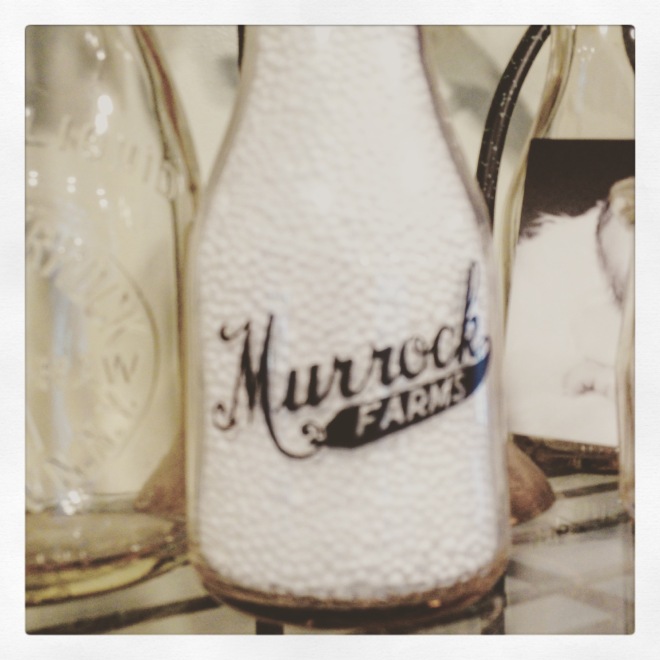 Later she showed me the collection, which she keeps in the kitchen on display. It includes one milk bottle with the farm’s old logo on it. It’s quintessential dairy farm, I think. So retro, so perfect. She said someone saw the bottle at a sale (garage sale, estate sale) and brought it to her. Wish they were still using the same today.