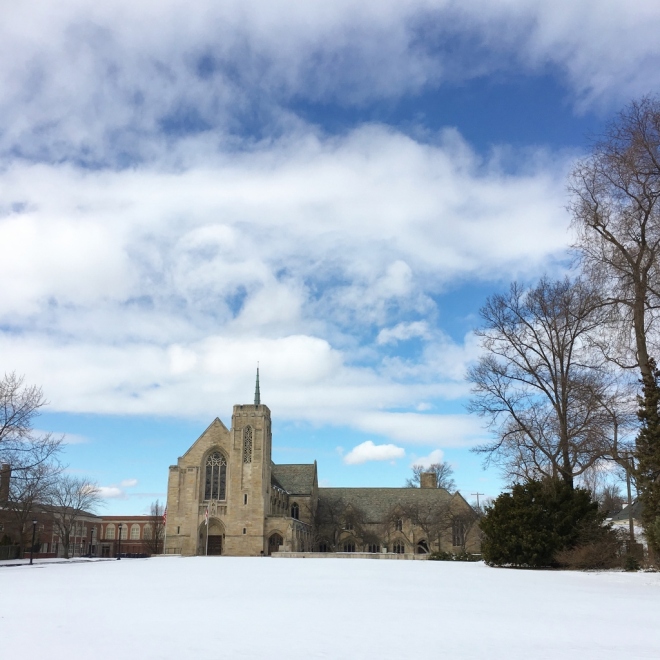 Wow, clearly 2016 is kicking my booty. I feel like I just finished the January List. Which I guess is sort of true as that post was written in mid-February. 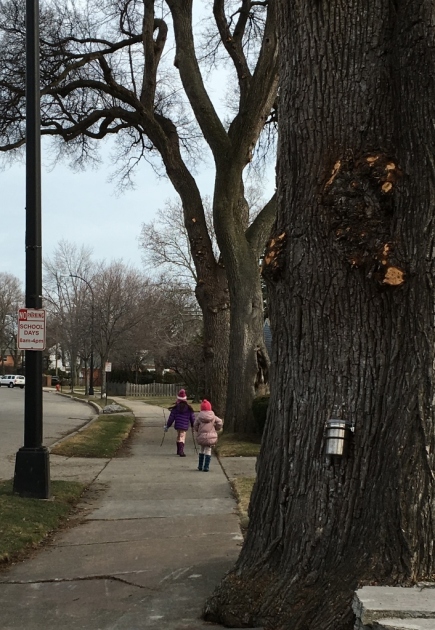 1) We got more snow this month – yay! – but it’s still been a mild winter which means we can actually get out for a walk once in a while. We sometimes pass a tree on the Boulevard that has a container nailed to it. I wasn’t sure what it was until I saw someone pull a dog treat out of it. Now whenever we pass the tree, Sam looks forward to his treat.

2) Another way to score dog treats on walks is via the city garbage collector guys. The garbage is picked up by guys in golf cart-type vehicles, who zip up your driveway, empty garbage into the back of their bins and then drive to a larger truck posted up close by.

On more than one occasion, when I’ve been out with the dog, one of the guys will pull over, get out and give Sam a doggie bone and a pat. 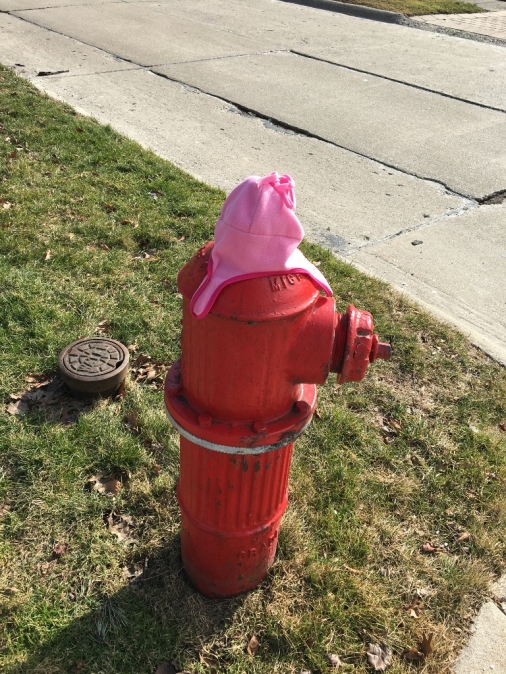 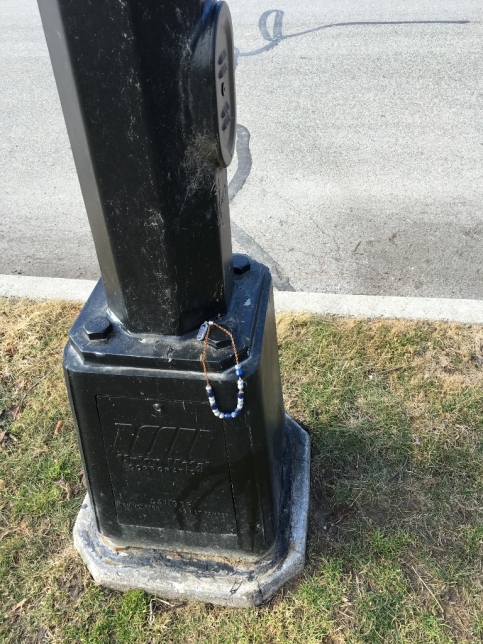 3) On our walks, I sometimes see lost items displayed on fire hydrants or lamp posts. The fact that people are taking the time to pick up these objects and place them in spots where owners are likely to find them is really touching to me somehow.

4)  The next time your doctor says, “it will only take a second,” beware. During a recent check-up, I asked my doctor about a mark on my shoulder that I thought might be a mole. She said it was a blackhead (eek) and that she would remove it for me. It will only take a second. Which it did. And then I got the $250 bill for “acne surgery.” Not cool.

5)  Farms Market has started selling the only ice cream in the area made with 100% organic, locally-sourced ingredients. Each flavor has about six to seven ingredients and it is to die for.

At $8.99 a pint, it also makes it one of the most expensive ice creams in town. There’s no nutritional information on the label, because why bother? We all know how many calories a scoop of ice cream has. A lot. There’s a sea salt caramel pint in our freezer right now and I cannot stop thinking about it.

6) Speaking of Farms Market, I keep meaning to tell you that I learned my lesson the hard way (like over a year ago) regarding not shopping at the very small and cramped store (they are remodeling, thank goodness) during the high-school lunch hour. Just don’t.

The other day I was driving by the store and was excited that I had escaped the frantic craze of the lunch crowd. No backpacks outside, no kids. All clear. I parked, went inside and one minute later, one of the staff yells, “Second LUUUUNCH!” And they all come rushing in as I try to flatten myself against the condiments.

7)  Our oldest turned seven this month. I was too lazy to bake a cake this year, so we ordered one from Josefs. She requested a unicorn on her cake and we gave them free reign. So we got this unicorn, circa 1985. She insisted that she get the piece with the horn, since it has magical powers, as we all know. The chocolate frosting tasted somewhat chemically, note to self. 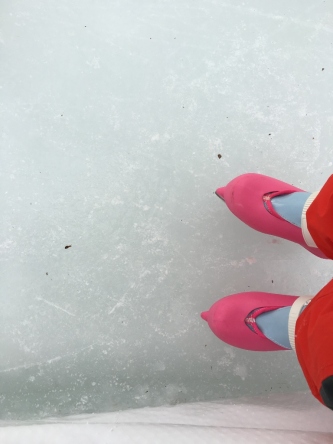 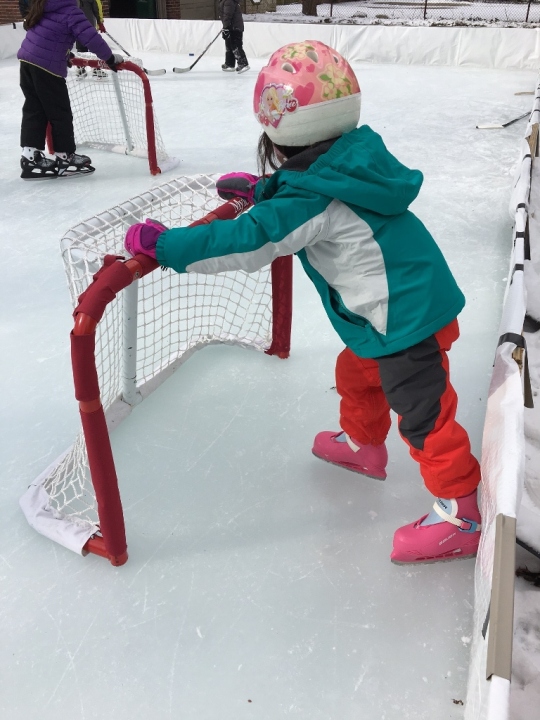 8)  One of our friends who has a homemade ice rink in their backyard, invited us over one day to skate. The girls have never skated, nor do they have skates, but serendipity took over and someone happened to have two pairs of skates in exactly the right size.

My husband was out of town and part of me (most of me) didn’t want to go because I was afraid there would be crying and whining and general mayhem. But none of that happened. They were timid, but they both got out there and the older one started getting the hang of it without the net. Such a great first experience! 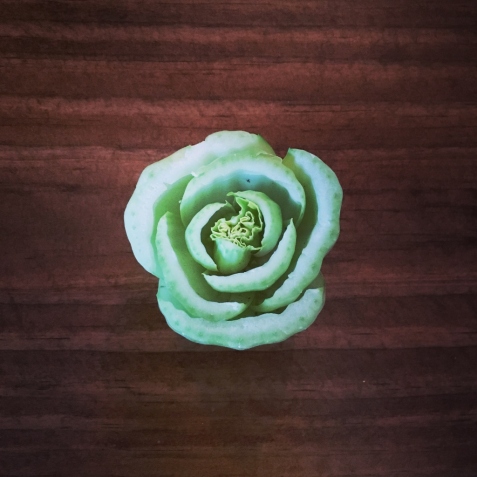 8)  I chopped of the leaves of some bok choy and this was what was left of the stalk. 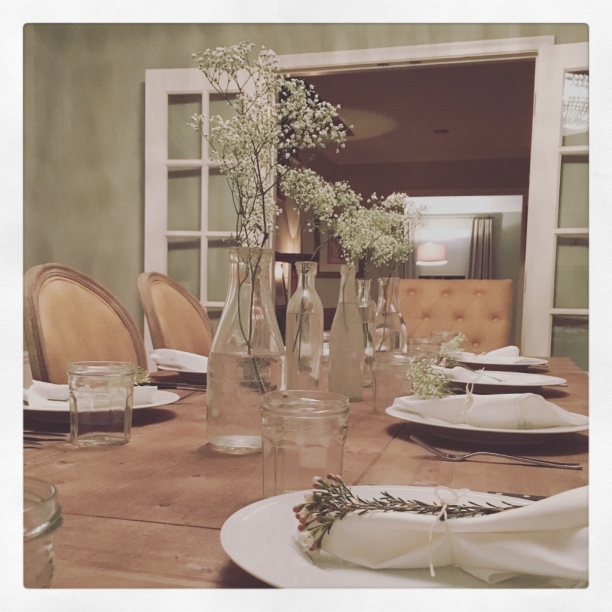 9)  We finally had dinner in our dining room. I love baby’s breath when it’s solo. It’s so delicate and pretty. I made chicken mirabella and rigatoni with pork/beef ragu. 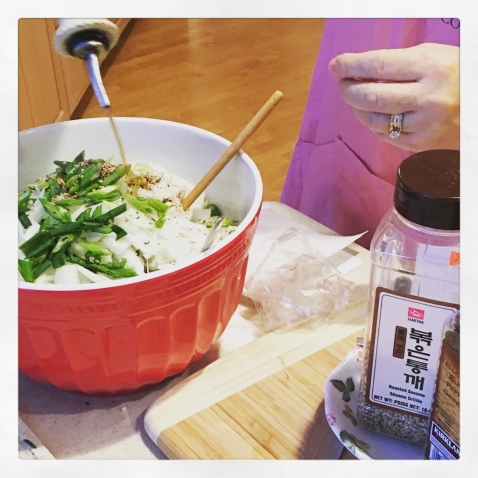 10)  Remember the time I asked my dry cleaning lady where I could get good Korean food and she said, “my house”? The cooking classes finally happened! Details in a separate post. 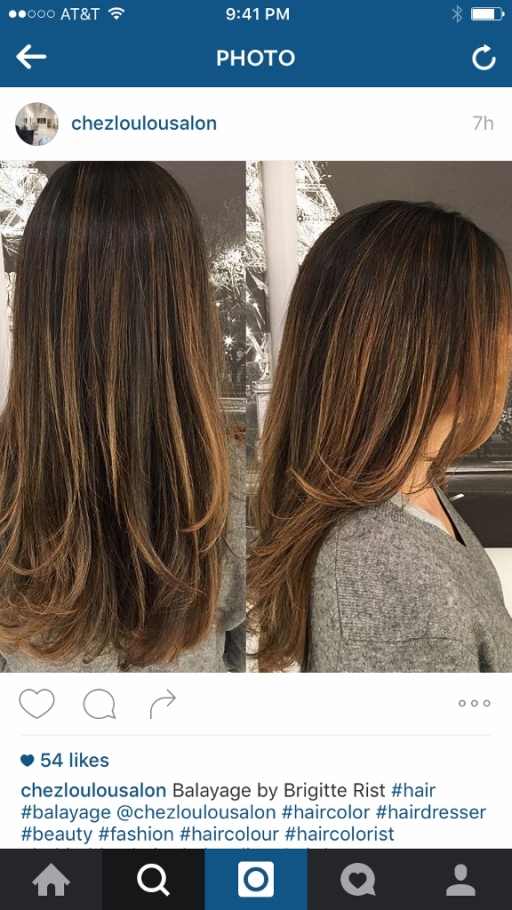 11)  I have been so bored with my hair lately, so I made an appointment with my stylist, who really is the best person I’ve ever had do my hair. Like ever and I’ve been to about ten fancy stylists in San Francisco.

To get ready for my appointment, I “pinned” all these awesome pictures of shorter hair and cuts with bangs and was almost ready to do the big chop, but when I told my husband my great idea, he said, “Please don’t do that. It’s going to make you be in a bad mood for two months.” Which I considered and realized was true. Soooo…I just had her add some new highlights. Problem averted. 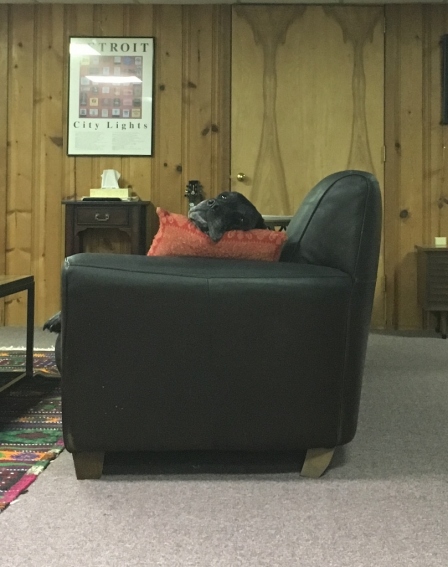 12)  I’m still on the health train, and with that comes riding the stationary bike in the basement and doing my floor work afterwards like a good girl. This is usually where the dog posts up as he watches me with non-amusement. He’s over it.

We are going to Hawaii for Spring Break this month and I cannot wait. I will take a million photos and post the best ones on the blog. Enjoy the rest of March, everyone!