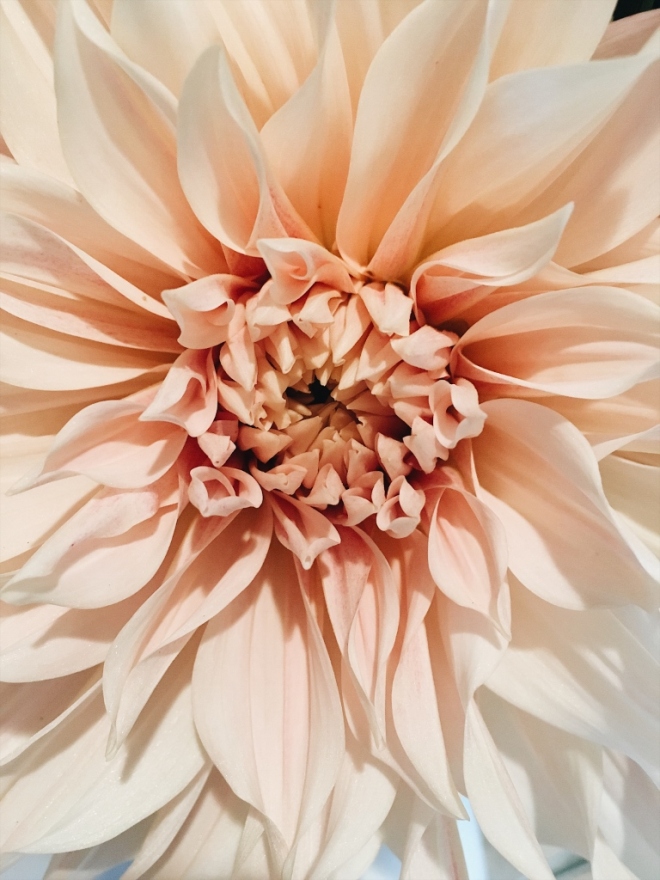 The dahlias at Detroit Abloom and also my house (yippee!) are exploding with blooms.

I was concerned that the one sunny spot in my backyard wasn’t sunny enough for them, but most of the tubers I planted have survived and are going to produce flowers.

Some, however, got nibbled on by bunnies or aren’t getting enough sun and aren’t going to make it. I haven’t cut the plants down on these because you aren’t supposed to take the tubers out of the ground until late fall, early winter, and if I cut the plant down, I won’t know exactly where to dig, even with a marker.

However, this morning I noticed several evil beetles eating the leaves of my precious Cafe au Lait variety and my heart sank. I killed it of course, but I’m sure another one took its place soon afterwards. You can’t tell from the photo, but it’s pretty eaten up. Still so lovely.

I’m obsessed with this variety, because of its pale pink, creamy color. In all their stages, they are stunning. And you never know what you’re going to get color-wise until the bud opens, which is always exciting. 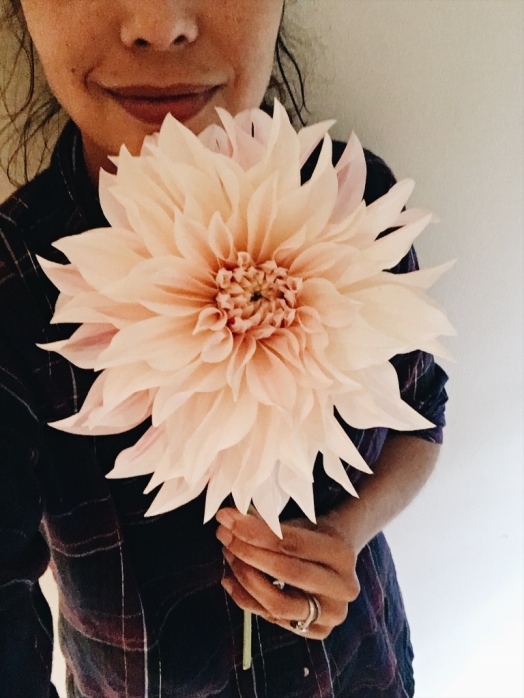 The most perfect Cafe I got was this one (also the close-up first photo). No bugs, beautiful blush color and crazy huge. 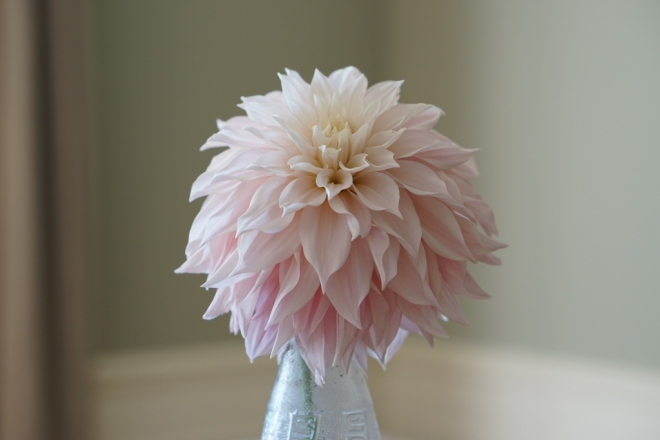 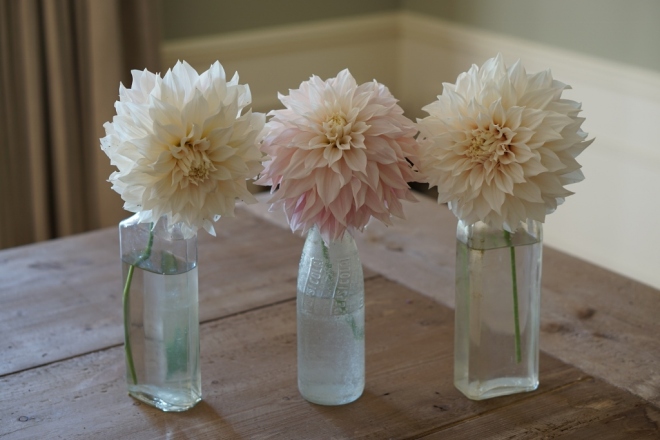 Just this week I’ve had five Cafe buds open and I spent a zillion hours photographing them with my new camera. Speaking of new camera, some of these flower photos are slightly out of focus and no, this isn’t on purpose. I’m determined to shoot in manual mode (vs auto), so it’s going to take me a while to figure it all out. 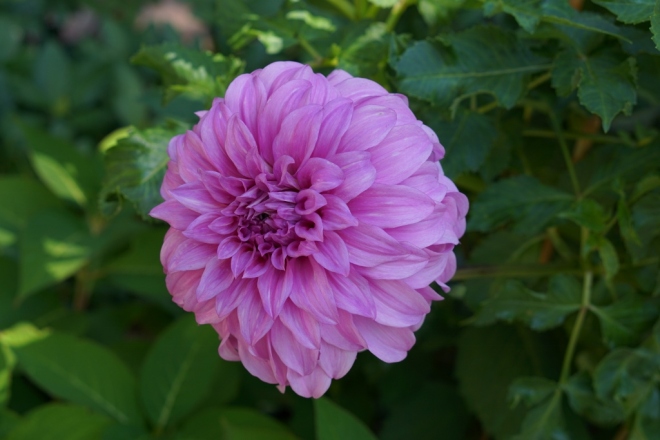 I have at least two purple varieties, one in the front and one in the back. A bunch of the ones I planted were unknowns, as in most cases, when they were digging up tubers at the end of last season, weren’t sure what was what. This year they have a much better labeling system in place, but it IS kind of fun not knowing what you’re going to get.

I can’t remember the variety of the flower in the first photo (Lavender Ruffles?) but the second one is a Vassio Meggos.

I visited Detroit Abloom and the Hoop House (also Detroit Abloom, but a different property) last week with the intention of volunteering, but ended up mostly admiring and taking photos of the flowers. 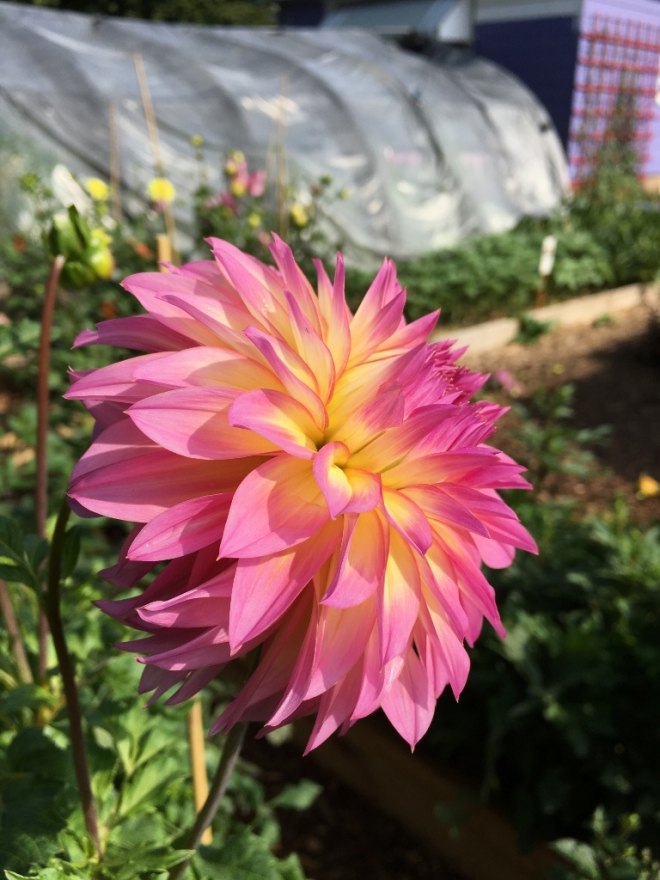 Their dahlia garden is insane, as you can imagine.

Aside from the Cafe au Lait, one of my favorites is the cosmos. I love the white ones, and am also a fan of the cupcake cosmos (last photo above).

Other flowers in bloom are Morning Glory, 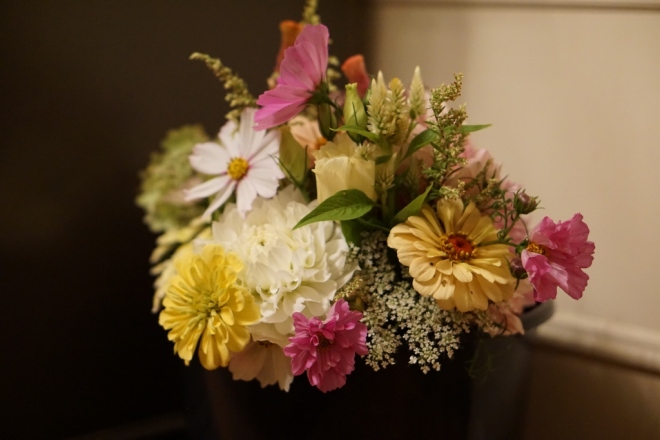 Zinnias, celosia and a bunch more. There are a few weeks left in our CSA bouquet program. I’m surely going to miss getting mine every week. 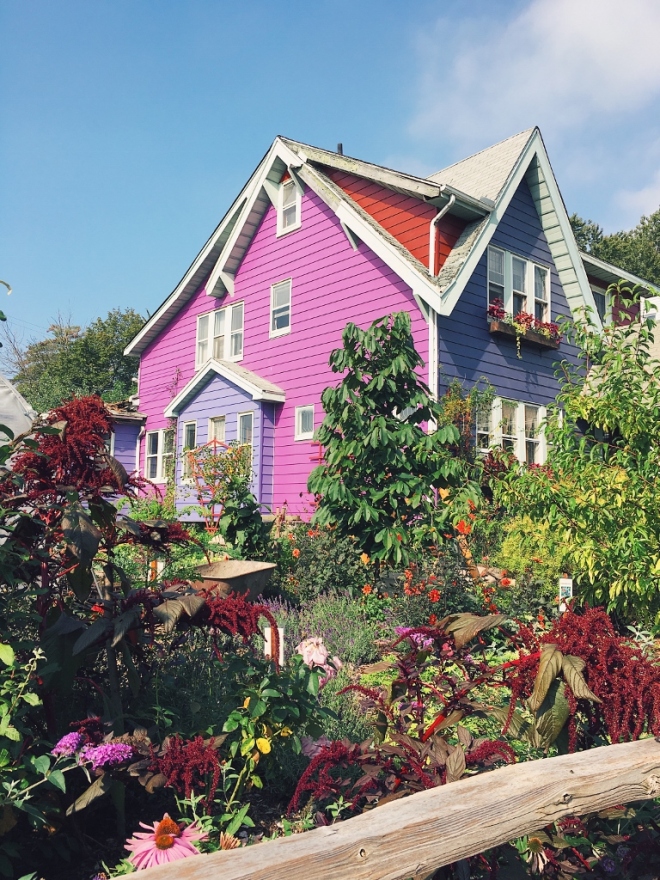 The Garden Detroit and Detroit Abloom is having our annual fundraiser next weekend on Sunday, October 1st from 3pm to 7pm, so if you are in the area, please come by! For details Click Here. And if you can’t come, you can still make a donation online.

5 thoughts on “Dahlias and Then Some”