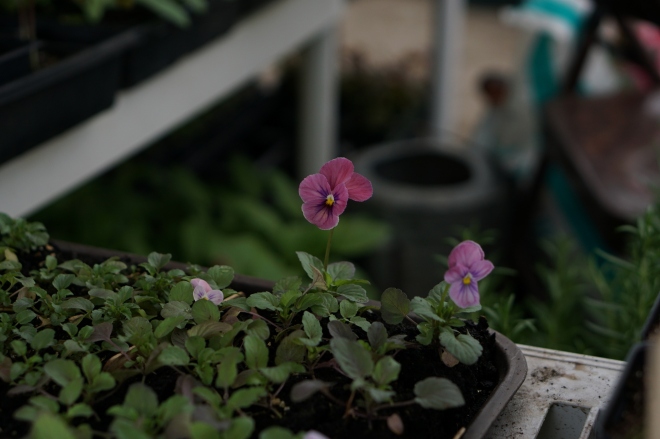 April is here, although you wouldn’t know it from the weather. Grosse Pointe didn’t get snow like some parts of the country, but it has certainly not felt Spring-like. I refuse to accept that this is the norm, even though it has been for the six Aprils I’ve lived here.

1) We said goodbye to our 13-year-old dog, Sam. What an incredibly good boy. Even though there were warnings about a week leading up to to his death, the loss floored me, as I knew it would. There is everything to say and yet nothing to say.

2) We did get glimpses of Spring this month and on one of those days, I visited my friend Julia, owner of Willa Rose Floral, and her new flower farm in Detroit’s up and coming Core City neighborhood. The house isn’t move-in ready yet, as you can see, but when it is, she’ll have an in-home studio as well. 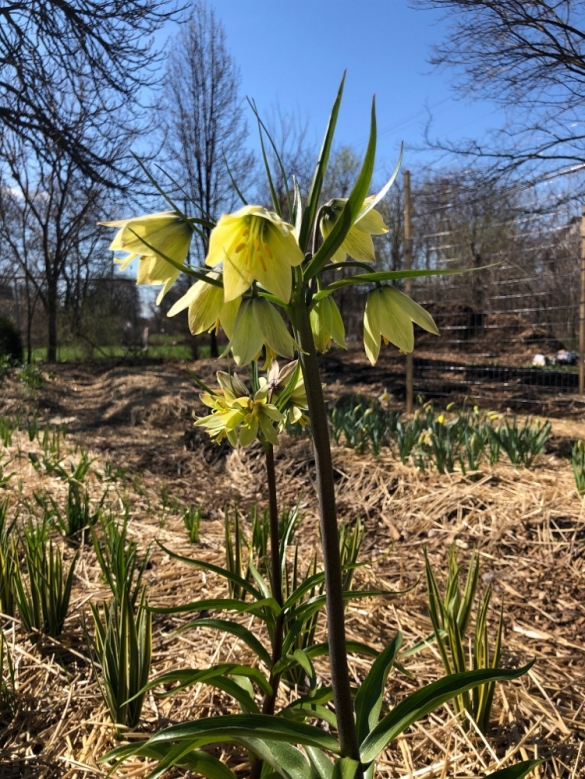 The fritillaria I helped plant last fall was in bloom. I just googled it, didn’t realize they came in other colors. So interesting.

We did a little bit of planting. Aside from calendula, I can’t remember what else we put in the ground. Aren’t these crazy-looking seeds? They look like hideous worms.

3) For lunch we went to Detroit Bagels, which I was sooooo excited about. I have been thinking about their bagels since the last time I had one. I got a jalapeno bagel with egg, cheese and herb cream cheese. Although it was divine, I think I liked the rosemary sea salt bagel better, which I will dream about until the next time I go.

4)  Tons of yard work for us this month, which is always the perfect thing for clearing my head. A million leaves raked and so many more still to rake. Weeding, assessment of plants, all that Spring stuff.

Not sure if this azalea is dead or not. I broke off a branch and it’s a tough call, so I’m leaving it be for at least another couples weeks to see if there are any signs of life. We had a strange winter with all the ice storms. Not sure if that’s it (I have two of these plants quite a distance apart and they look the same) or if it’s because the cold has stuck with us for so long. (Yes, there is green on it, but it could be from last year, because it’s looked like that now for weeks.) 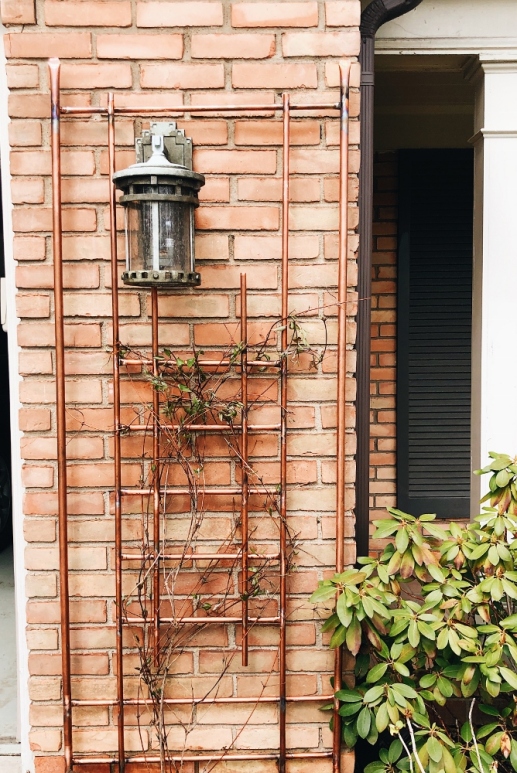 5)  My husband broke down after months of me asking and made me a trellis out of copper (his choice) for my clematis. I was concerned about killing the plant during the transition from the old trellis to the new, and there were so many breakages and casualties, BUT….it seems to be thriving on its new support structure and it’s going to be that much more beautiful when it blooms (dark purple).

6) Now if he would only take down the wire fencing in our backyard – ha! It’s been an eyesore since day one and I think he has finally caved to that too, and had semi-plans to start the process, but then all my ferns and hostas and Solomon’s Seal would be crushed so…I’m hoping for a Fall take-down. 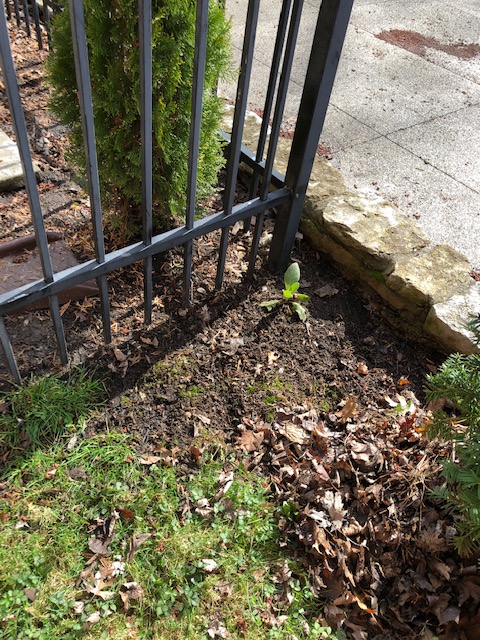 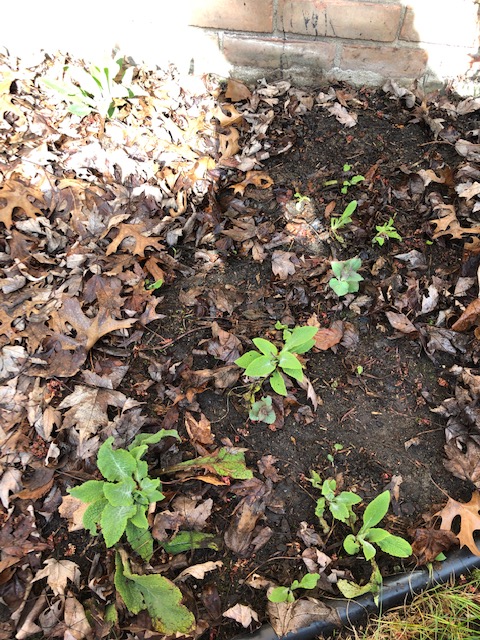 7)  And guess what? FOXGLOVES! While I was clearing leaves, I saw them. One, then two, then multiple plants on the side of the house. The seeds came from my dear neighbor Shirley’s plant and when I sprinkled the seeds two years ago, I was sad they didn’t germinate. The following year (last year), I made a last-ditch effort and threw a bunch of seeds in the bed on the side of our house. And Voila. Possibly my happiest moment this month.

8) Days are jam-packed for Detroit Abloom, now that the growing season is in full swing. My 2nd grader and I went there for her community service project for school. We helped weed flower beds where dahlias will be planted.

Tom showed us around the hoop house, pointing out seedlings and telling us about plans for the season. Such a busy and exciting time for farmers. If you ever want to volunteer, please click the link above and give them a shout! 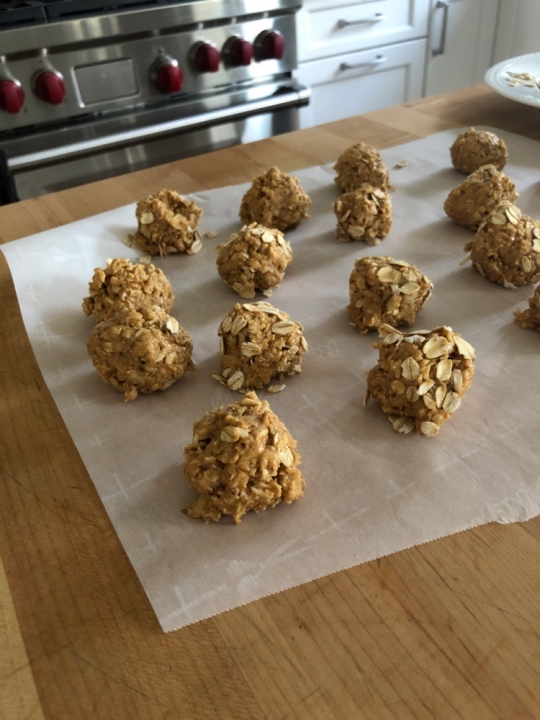 9)  After paying $1.00 each for four peanut butter protein bars at Beyond Juice after boxing class (I was starving!), I decided to make my own. Without measuring, I added peanut butter, oats, coconut oil, coconut flakes and honey and mixed it all up. The end result was a pretty decent-tasting snack, but in the end I also added some chocolate chips, which took it to the next level. 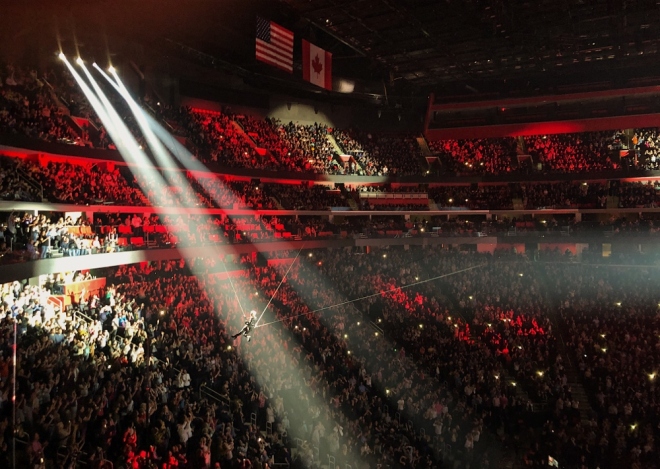 10)  My husband and I were invited to the Pink concert and I gladly accepted on our behalf. We stopped at The Peterboro for dinner, where I had amazing shrimp and scallop dumplings and too salty but otherwise well-flavored eggplant, and a craft cocktail with mezcal, pineapple and habanero.

The concert was fantastic. Pink was inspiring – her acrobatics, energy, voice. All of it, loved everything.

11)  My Aunt Betty (dad’s sister) turned 95 and my Aunt Anna (related by marriage to my Uncle Fred) turned 90 this month. I grabbed these photos of the two ladies off a cousin’s Facebook page from their joint surprise birthday party. Cutest ever. They are both amazing, strong women and I am so happy they are enjoying life.

12)  I had the privilege of taking photos of this young man at his First Communion. Life and work has been so crazy, I haven’t had time for photography, so I am thankful I was able to spend a few hours on my creativity with this project. 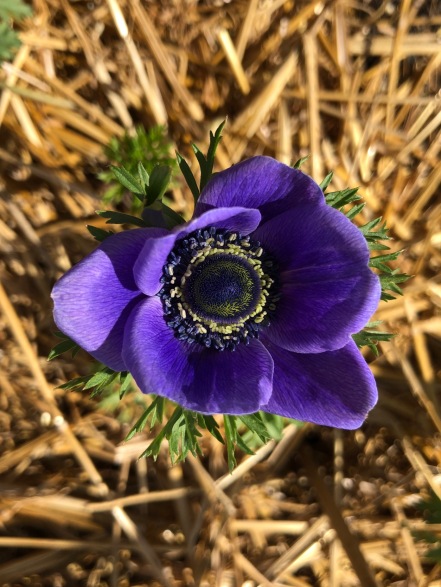 In last month’s list, I mentioned there was a light the end of the tunnel. Well, I am still in that tunnel, it seems, staring at the light ahead. I do believe it will be there for me when I finally make my way through. Keep you posted.