Not really starting off 2019 the way I wanted to. This is one of the latest Lists ever. I blame it on the Polar Vortex, knowing that really it’s because January is one of my busier months at work, and I flew to Hawaii for a week for my grandma’s funeral.

And now that I’ve remembered the List, I can’t concentrate on any of my other projects until I’m done writing it, and I have a freelance project due at the very least by tomorrow morning, so I need to crank this out. 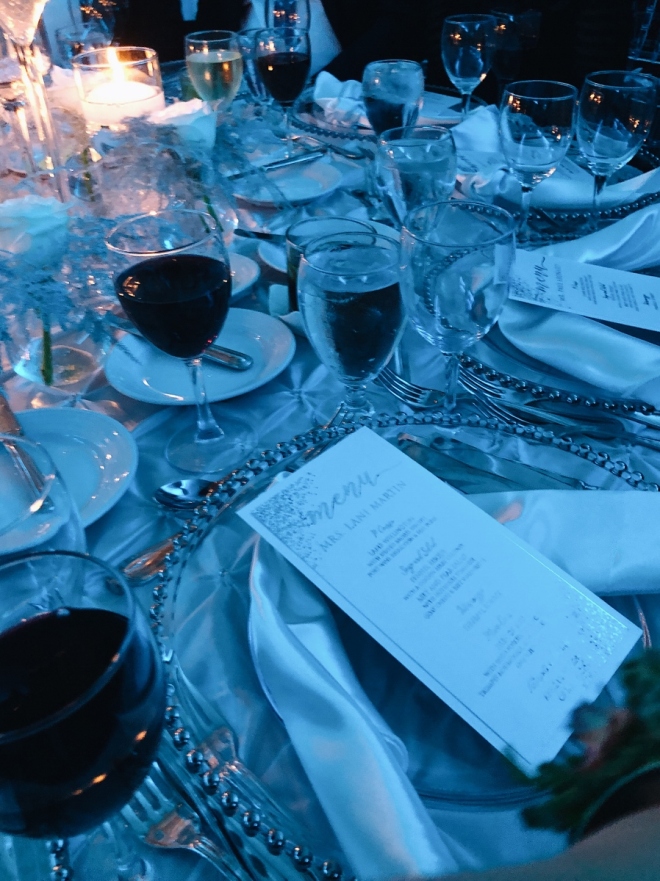 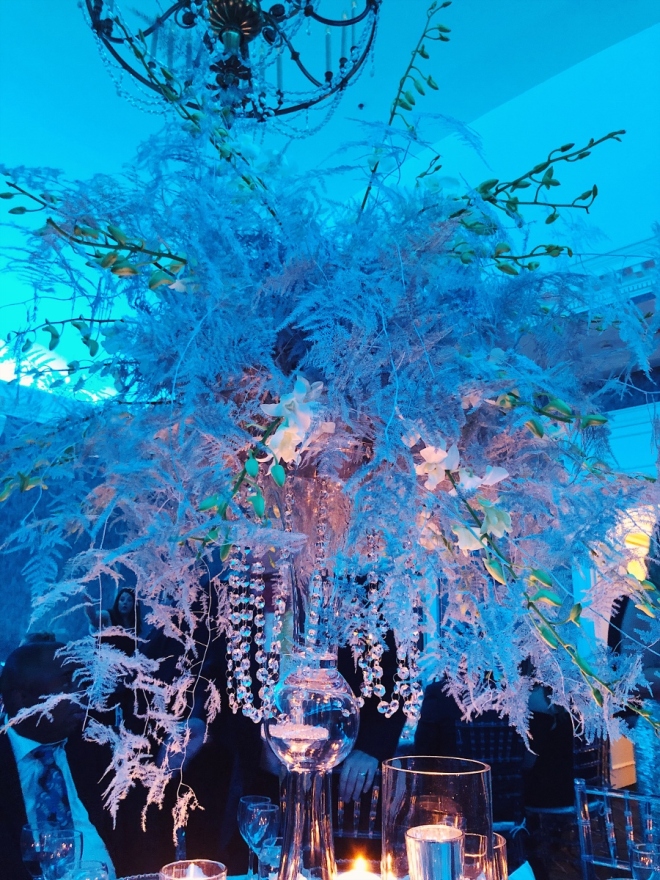 1) We rang in the New Year with friends at the Dearborn Inn, as we have for the last three years. Shoutout to Emerald City Designs, who is also does the auction for the school where I work. They always do an amazing job. This year they featured centerpieces with flocked foliage, which is “in” right now, but not overly trendy.

2)  December was mostly void of snow. January it snowed and iced and everything in between. We had a total of six snow/ice/broken boiler days (school/work) this month, half of them during our Hawaii trip. The day of the ice storm, I moved two morning meetings to the afternoon because I am such a wimp driver in bad weather. But I wasn’t the only one, I mean school was cancelled. 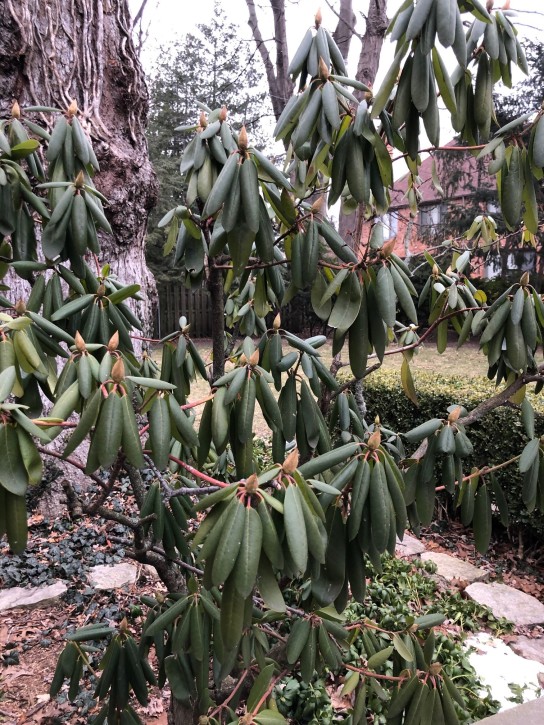 3)  I can always tell how cold it is outside by looking at my rhododendrons. When it’s below freezing, their leaves are tiny little things, shriveled up and sickly looking. Between 30 and 40 degrees, they are slightly more open and above 50 they look healthy and happy. When it was below zero, they crumbled up into themselves to where each bunch looked like a single stick clump.

I’m very impressed with their survival skills and am hoping my other plants will hang on as well. Above pic, about 29 degrees.

break – Littlest keeps asking me when dinner is. I’m going to pause and attempt to make creamy Tuscan chicken, because I can’t stop thinking about it since we had some at a friend’s house last weekend.

back – Chicken came out good enough. Next time I need to double the sauce. I meant to take a photo, but forgot until we were cleaning up.

4)  I am so ridiculously tired. Exhausted. From the weather, work and kids. I had a coffee an hour ago and feel nothing. How am I going to make it to number 12 ?!?!? Also I have no photo to put with this number. I could take a selfie and post that, but I’m not willing to self deprecate on that level.

Instead I searched the interwebs for “tired busy mom” and give you this. Although I’m not sure why one of her hands is holding a martini, although I suppose one must make time for cocktails?

5)  My best buddy turned thirteen this month! Here he is with his new Christmas toy from Santa. 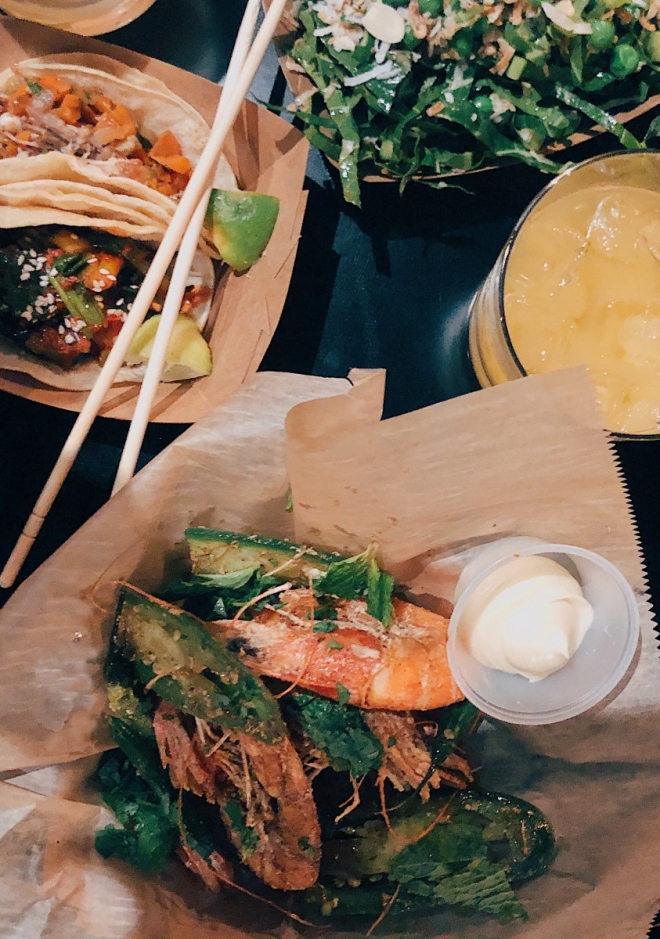 6)  Went to the new Grosse Pointe Park spot, The Charlevoix for the first time this month. They have a small menu, but everything is so good. What’s not to love about tacos and po’ boys when done right. And the drinks! They nailed the spicy margarita. Exactly how I like it. In this pic are the salt and pepper shrimp, which were super spicy and really good, and up top, the collard greens and coconut salad, which I loved.

7)  We voted in several new Board members this month at The Garden Detroit and I’m super excited about the new team. We’ve been taking turns hosting meetings and cooking for each other, which is nice. A lot of exciting things happening this year, stay tuned!

8)  Had game night with dominoes, champagne, Hummers and Georgie the French bulldog. My one girlfriend is really good about inviting people over just to hang out, something I need to get better at – the impromptu gatherings. It’s a little harder having to take the little kids into account, but still very doable. Perhaps a New Years resolution for 2019. I haven’t quite finished the mental list.

9)  So Hawaii. Once I open that whole can of worms (which, as cans of worms go, would be a very lovely can), I’m afraid I won’t be able to stop because I have SO many thoughts about it and SO many photos, I mean where do I begin?

I will say that the girls and I left on a Saturday, just as the first big snowstorm began (my husband, who drove us to the airport, had to pull over and stop on the way home to wipe the windshield because the car ran out of wiper fluid). My husband joined us the following Thursday, and we all returned on a Monday, which happened to be a snow day.

On the day of our flight home, my sister and cousins began piecing together our very large family tree.

10)  This trip was mainly about my Grandma, celebrating her life, coming together with family. But it was also about me in that I felt a shift. In a good way, I think. A shift in attitude, a shift in perspective. Something that maybe I’ll get into at some point here if I get my act together.

11)  And food. Hawaii is always about food. Have you tried opihi?

I haven’t, but I’ve had the opportunity to several times. It’s a Hawaiian delicacy that’s extremely dangerous to harvest. The opihi stick to the sides of very sharp rocks in the ocean. Apparently the guy main guy people used to buy opihi from died from harvesting opihi.

This particular batch was brought over from Hilo by one of our relatives. I just read an article that the “teeth” of the opihi may be “the strongest biological material known” to man, stronger than spider silk. 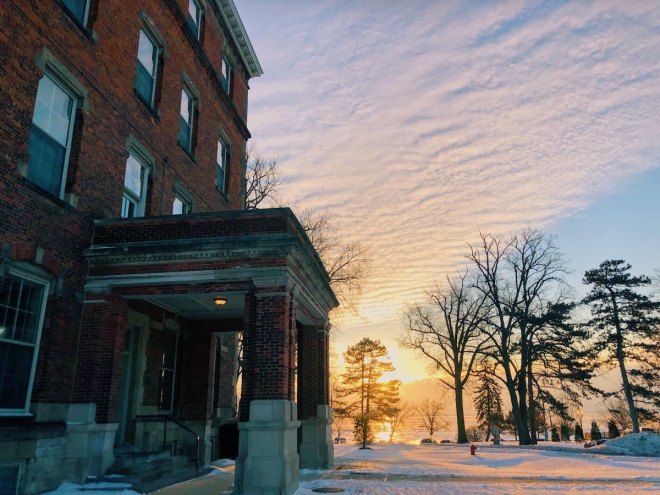 12) Number 12! I have nothing else for you. Except this photo taken the day we returned to school/work after all those snow days. OH. I do have something. My friend recently posted an article ranking all the states in terms of weather. Hawaii was number 1 and Michigan? Number 49. I don’t disagree.

Here’s the link if you want a haha. Based on the several places I have lived, it’s actually pretty spot on. THE ARTICLE

HAPPY NEW YEAR, everyone! And have a great rest of February.