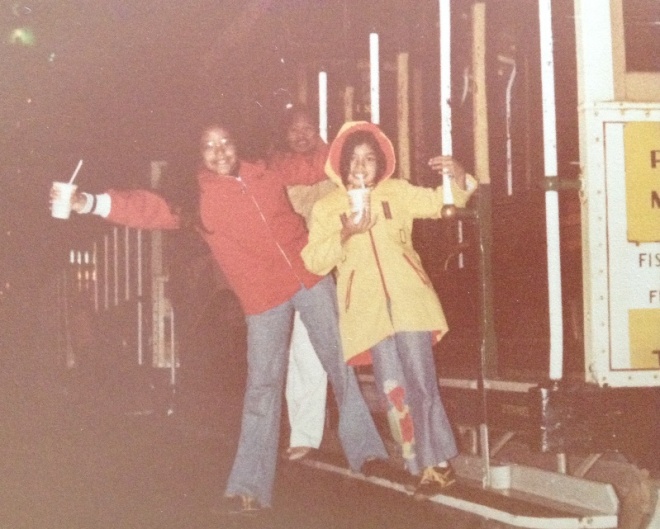 That’s me in the yellow coat. 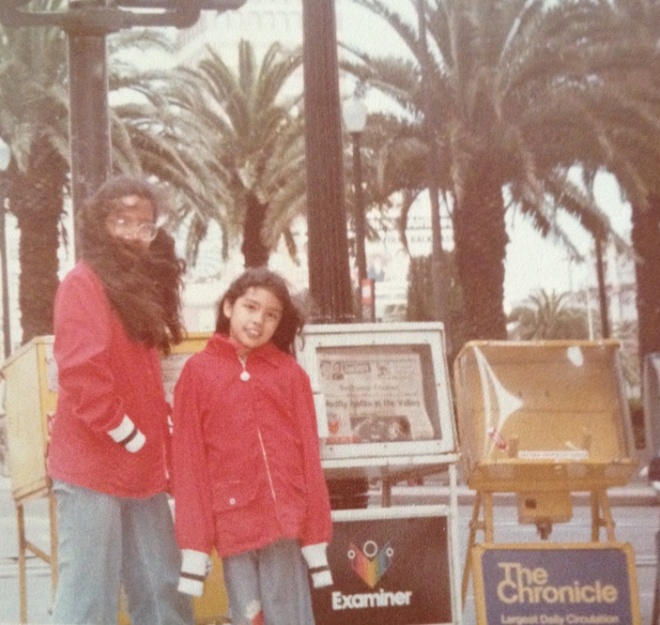 I found these gems at my mom’s house on our recent visit. One summer in the early ’80s, my mom, grandma, Auntie and sister went on a tour of California and Mexico (the Mexico portion was really, really weird. I think it was Tijuana) and one of the main stops was  San Francisco. Thankfully, my mom was no traveling dummy (she’s been all over, plus she spent a semester at SF State) and unlike many tourists, she made sure we had appropriate attire for this portion of the trip, even in (especially in) the summer.

I don’t remember too many details about the trip. I know we walked on the Golden Gate Bridge and did all the other touristy things like Fisherman’s Wharf (sigh) and Union Square (where we stayed. Possibly the Sir Francis Drake) and rode the cable cars. 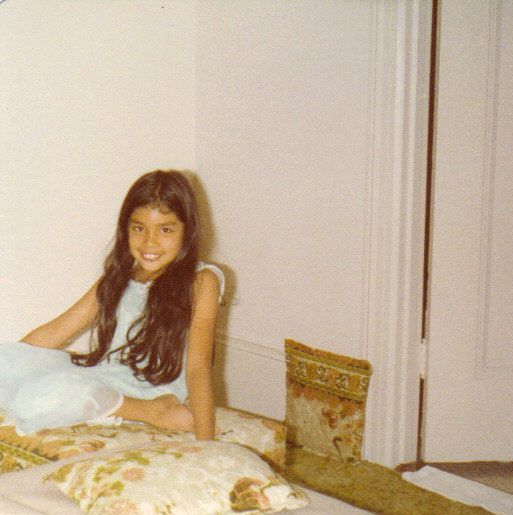 At our hotel (in my mom’s nightgown which I looooved).

At the time, I had no desire to live anywhere other than Hawaii. I wasn’t even thinking about my possible future at that age. I wish I could go back and whisper into my younger self’s ear: “Look around you. Breathe it in. Remember this place. You’re going to live here. Find yourself here. Fall in love here. Start a family here. And then you’re going to leave.”

I’m not sure how much attention I would have paid to my older self. But hearing it would have saved me a LOT of trouble (stress, worry, heartache) later on. Even without that voice to guide me, I eventually found my way. And 18 years later, here I am, looking back and looking ahead.  I’m feeling fulfilled, grateful, anxious and optimistic all at once. If my future self could whisper to me now, I hope she would tell me that everything is going to be just fine. Breathe it in, remember this place. And take one day at a time. 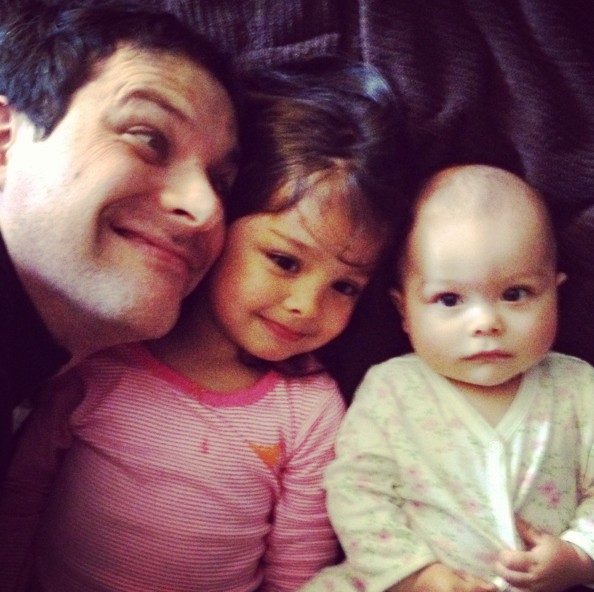 I haven’t talked about my family a whole lot yet, but family is pretty much the whole reason for the move. This is probably my favorite photo of my three loves. My husband (who is the most private person I know – bless his heart for not collapsing when I told him about the blog) was being silly with the girls one morning and I captured this sweet moment. Lucy was about six months old and Penny had just turned three.

Speaking of the girls, we finally told them about the move last night. The first words out of Penny’s mouth were, “I’m not really that excited because I don’t like walking in Michigan….they have worms!” Not the response we were expecting, exactly, although it wasn’t entirely out of left field. Last summer when we were there, Penny was freaked out by all the bugs. 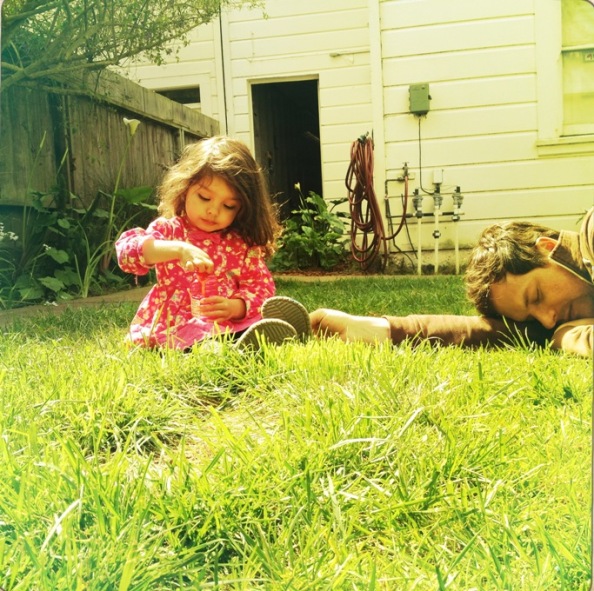 In the backyard. (No bugs.)

To her credit, they were kind of creepy, especially when they crawled up from the dirt and onto the hot stones of Nana’s deck or concrete sidewalks of the neighborhood. They would writhe around, flipping and flopping, and if they couldn’t find their way back to the earth, they would eventually shrivel up and die. There were also lots of beetles and bees and other flying insects. We rarely see bugs here, even in our backyard. 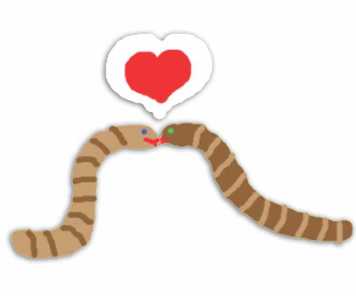 I feel her pain. Bugs make ms jumpy, too. My gross-out Michigan bug moment was during my early evening runs. Every couple of blocks, I would run through a swarm cloud of tiny bugs in a funnel formation (what were they doing? And what kind of bugs were they? I would Google it, but then I’d have to look at buggy photos). Every once in a while I would inhale one. I got to where I could spot them up ahead, and whenever I reached a swarm, I would flail my arms in an attempt to keep any bugs from entering my nose or mouth. Sometimes I’d let out a battle cry while doing it. Preeetty sure the locals could tell I wasn’t from around there.

Penny and I have some manning up to do, for sure (she’s been talking about worms all morning), especially since I plan on composting and planting an edible garden. I’ll let you know how it goes down.