I’ve been thinking a lot about the band lately. I’ve written about it before, but wanted to dig a little deeper this time.

I auditioned for the Gun and Doll Show well after their heyday in the ’90s. I had recently been kicked out as lead singer of Parting Glance, for reasons I’m still unsure of – I didn’t smile enough? I insulted the keyboard player? (he was playing the wrong chord, I swear). I answered an ad on Craigslist and met with Killian, the mastermind behind the Gun and Doll Show (aka GADS), and the rest, as they say, is history. Well, not quite.

The second part of the audition was to perform in an upcoming show at Cafe du Nord on Market Street, so I went to practices, learned all the songs, got my outfits together. Another girl (future bandmate Jennifer) was auditioning at the same time, so although we were friendly to each other, we were both just focused on getting in the band.

After the performance, Killian sent a group email to us with the subject title, “oh pretty please with a cherry on top, join our band.”
“wow what a great job you both did!, i’ve never done auditions that way before. i think we learned more about each other singing and talking in a room. my favorite thing was watching you work together. not knowing if there is one spot or two. The answer is… we are all hoping you both will fill those spots.” 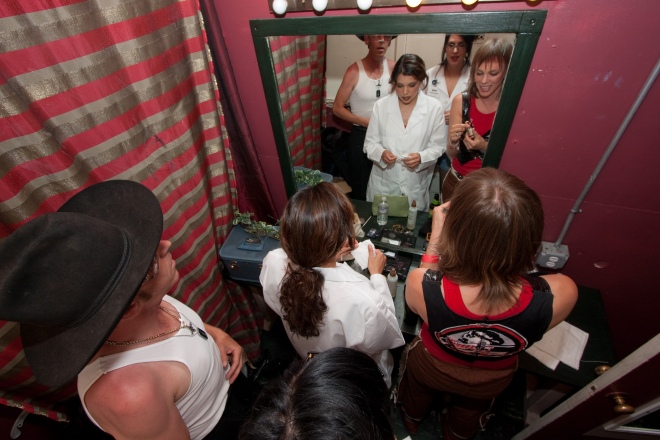 He goes on to say we were “born for this band” and that “as you probably gather, a lot of what we are is the brother/sisterhood we feel for each other.” It sounded too good to be true. But it wasn’t.

The truth about the band is that it was one of the few times as an adult where I have experienced pure joy. There we were, all of us, stripped down to our most vulnerable selves, doing what we loved the most and it was amazing. 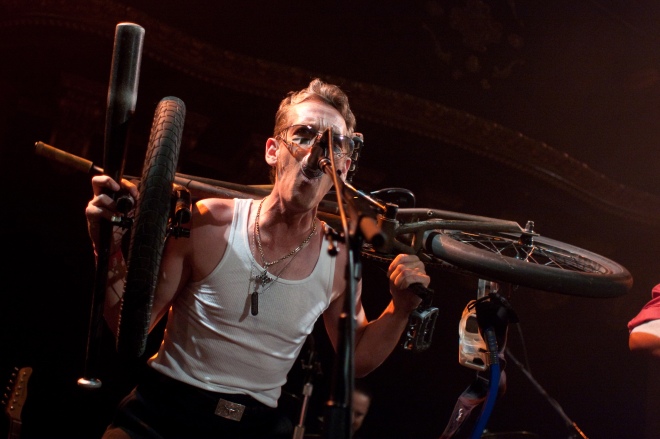 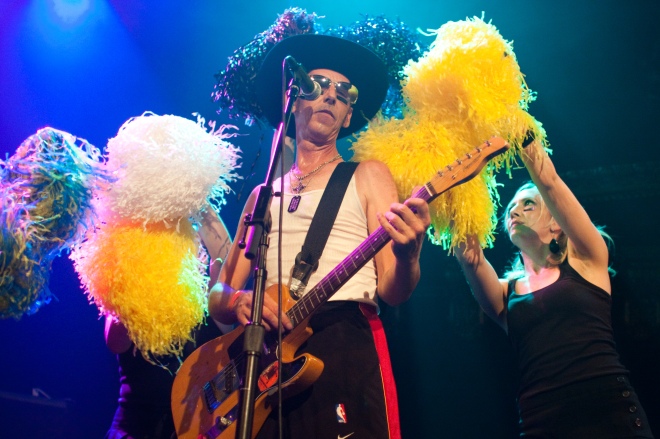 As I said, Killian was the brains behind the band and he was the perfect frontman – super talented and equally zany. He was forever coming up with a new stunt or costume or song, and there was always an elaborate story behind the “why.” Though we sometimes didn’t understand his vision, we went along with it because we knew we could make it work. 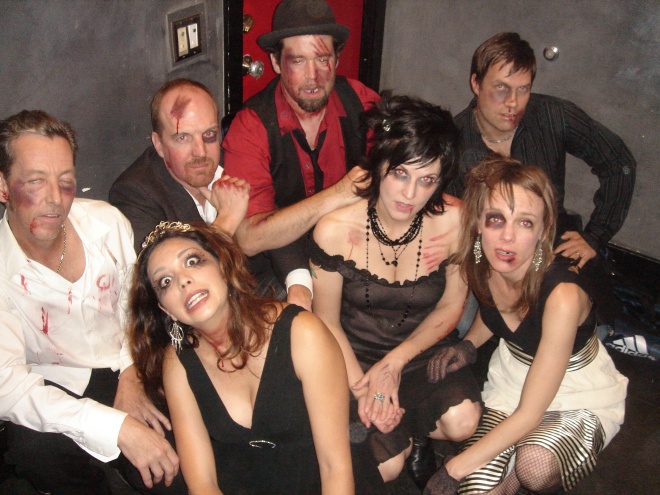 And he was generous. He paid for the practice space at Secret Studios (in all my other bands, I had to throw down for monthly rent), he didn’t ask the singers to load or unload gear (woo-hoo!) and he usually brought dinner during practice or before a show (although you never knew if it was going to be two sandwiches to share among seven people or four extra-large pizzas). He was passionate and excited and quick to praise. What more could we want in a leader? 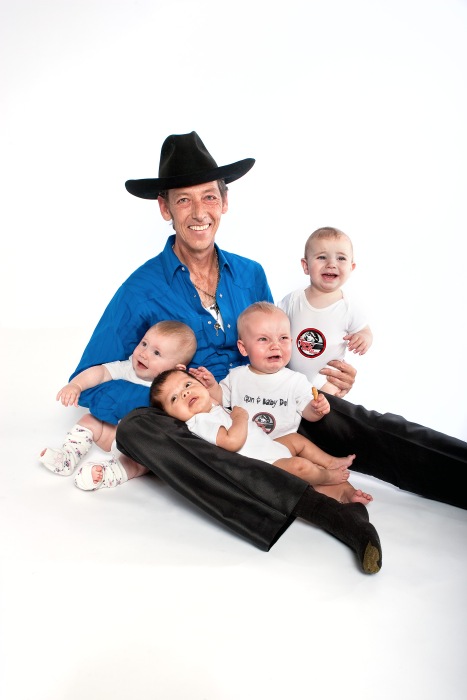 Two and a half years after joining the Gun and Doll Show, I had my first child. Actually, four of us – all three gals and our lead guitarist – became first-time parents within a span of six months.

Having kids threw a little bit of a wrench into our game, but we stayed the course. In fact, four months after giving birth, I was on stage at the American Music Hall, our best performance ever. The sound was fantastic (we could hear the monitors – a miracle!), the crowd was fun and we were all so happy to be playing music together.

In the years following that concert, we continued to play smaller local venues and street fairs. And we did a lot of recording, which is often just as fun as performing.

Eventually, due to life, I suppose, we sort of just dispersed. One of my last performances (a few months before I became pregnant with my second child and had to go on bed rest) was at the outdoor stage at Wente Vineyards. It was a beautiful summer night. We played to people sitting on blankets as the sun went down. A perfect ending to a perfect chapter in my life. 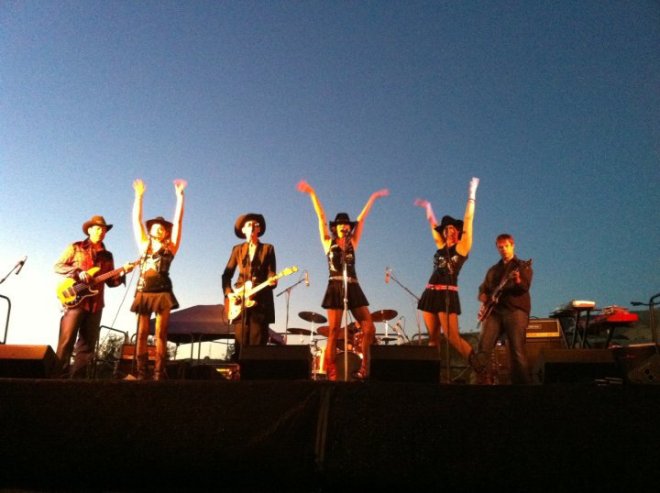 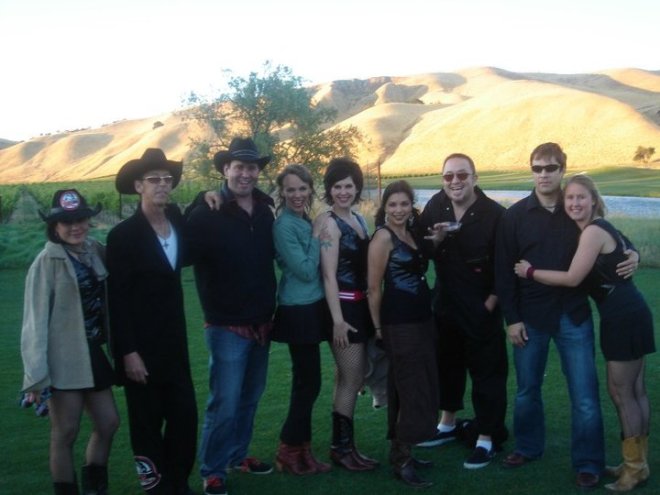 As I write this, I’m listening to some of the songs we did and I’m blown away at the talent I was surrounded by and what a deep and meaningful experience this turned out to be, all because I answered a Craigslist ad, and because someone (thank you, Kill, I LOVE YOU!) gave me the opportunity. 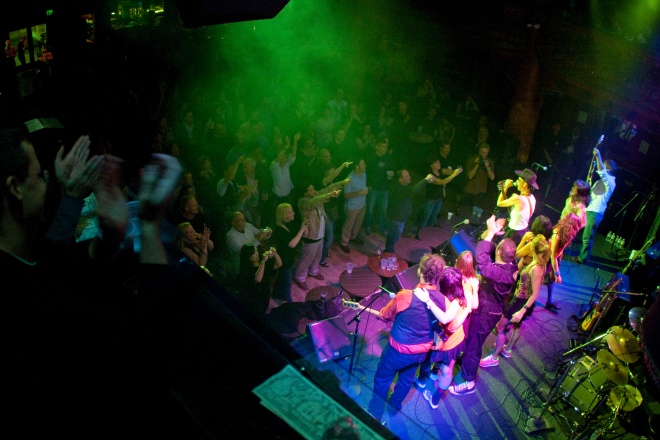 Most of my bandmates have gone on to do other musical projects, and I feel like I should be doing the same. I don’t need to be a rockstar (been there, done that. hehe) – there are some things in our lives, like falling in love, that we will never ever be able to replicate or experience again and that’s what makes them so great – but I do need to get off my butt and do something. It’s time.

It might not be as simple as answering an ad on Craigslist, but it could be just as rewarding. As always, I’ll keep you posted. 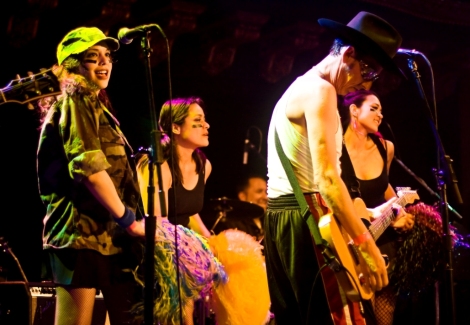 I’m pretty sure the band broke up a long time ago. We haven’t played out in well over a year and we’re not even rehearsing or trying to book gigs. But no one has said it out loud. Maybe saying it out loud would make it official, and maybe we always want to be The Gun and Doll Show. Forever. I know I do.

I joined the Gun and Doll Show in 2006. Before that, I was a singer and songwriter for an indie pop band (who kicked me out for my lack of being friendly. Or something). Prior to that, I was the lead singer in a classic rock cover band (I still can’t figure that one out). And before that, a backup singer for Alex Dolan (you can hear me on his Americana album), and somewhere along the way, I produced my solo CD, More of You (okay, you get it: I sing). 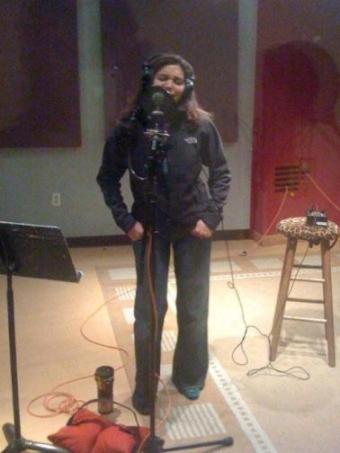 You never know what you’re going to get personality-wise when joining a new artistic group. Or any group, for that matter. It’s a total hit or miss. But in a creative situation, the percentage of getting at least one whackadoodle in the bunch is very, very high (trust me).  But the group that came together when I joined, just clicked. I’m not saying we weren’t passionate or dramatic or talented. I think we were all of that. But I think it worked so well because really, we just wanted to play good music and have fun (sounds easy enough. You’d be surprised). 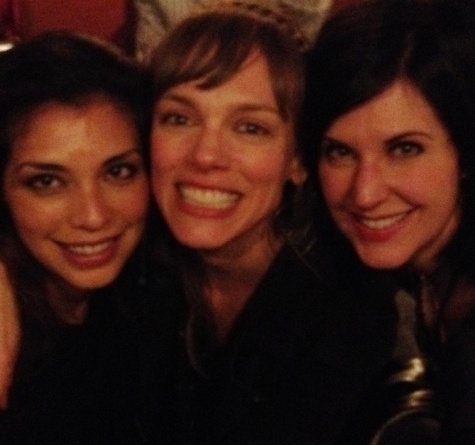 What started as a creative outlet, has given me so much more. Last weekend we all got together (with our significant others, our kids) over food and drinks at Jen’s house in Napa, then headed to karaoke (minus the kids) at the infamous Trancas Steakhouse (oooh yeahhhh). As I write this post, I’m realizing that during the entire night, not one of us talked about the band. It just didn’t come up. We simply enjoyed one another and had fun. Like always. 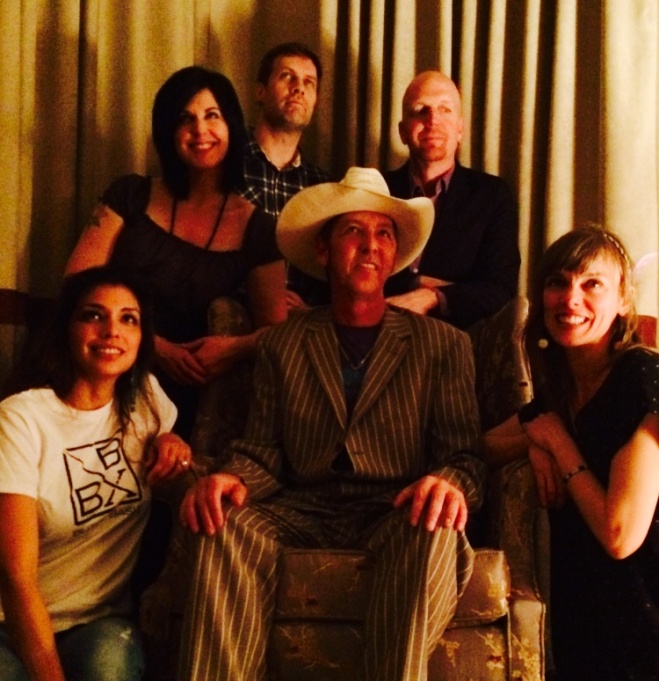 The band, reunited. (minus Tom)